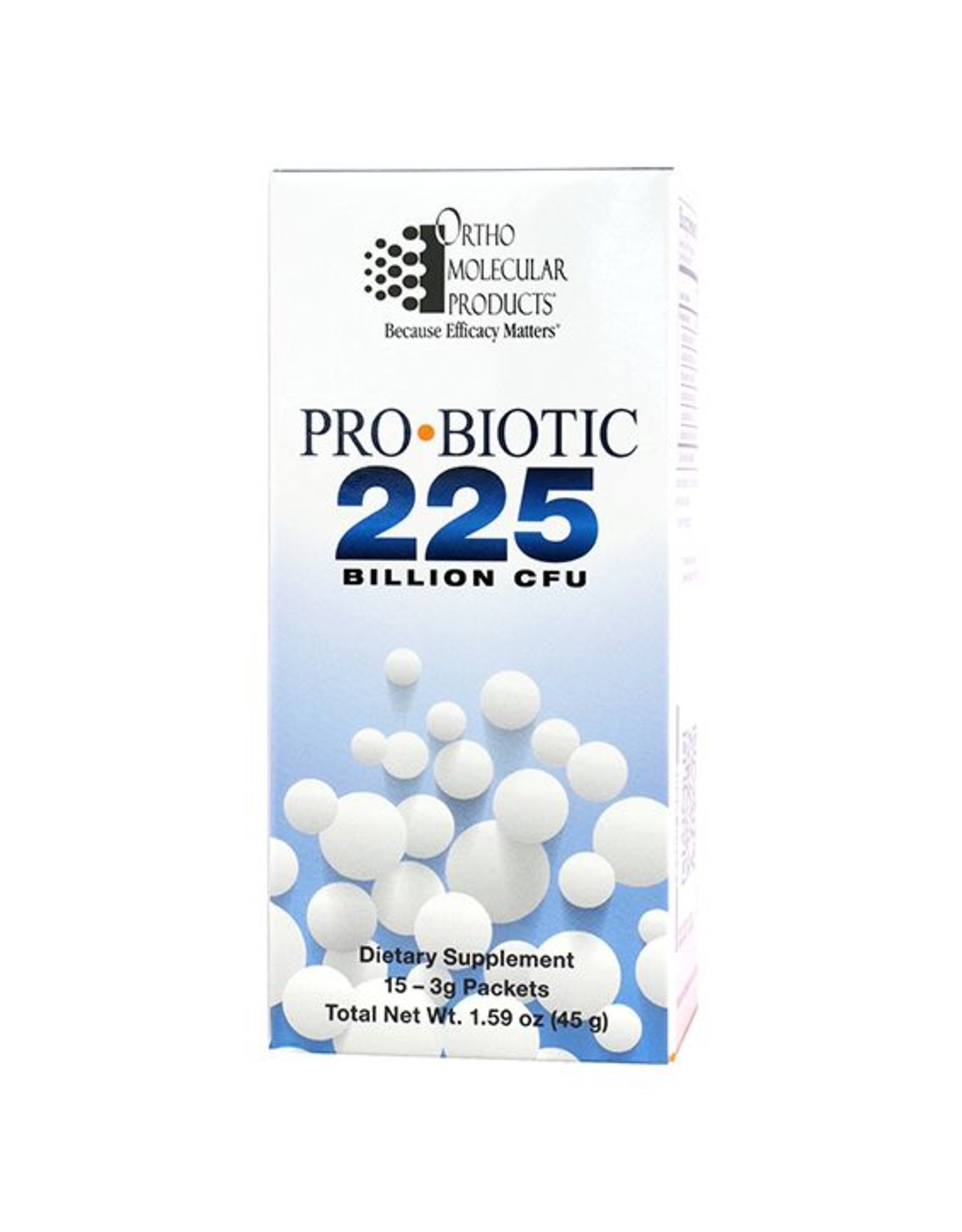 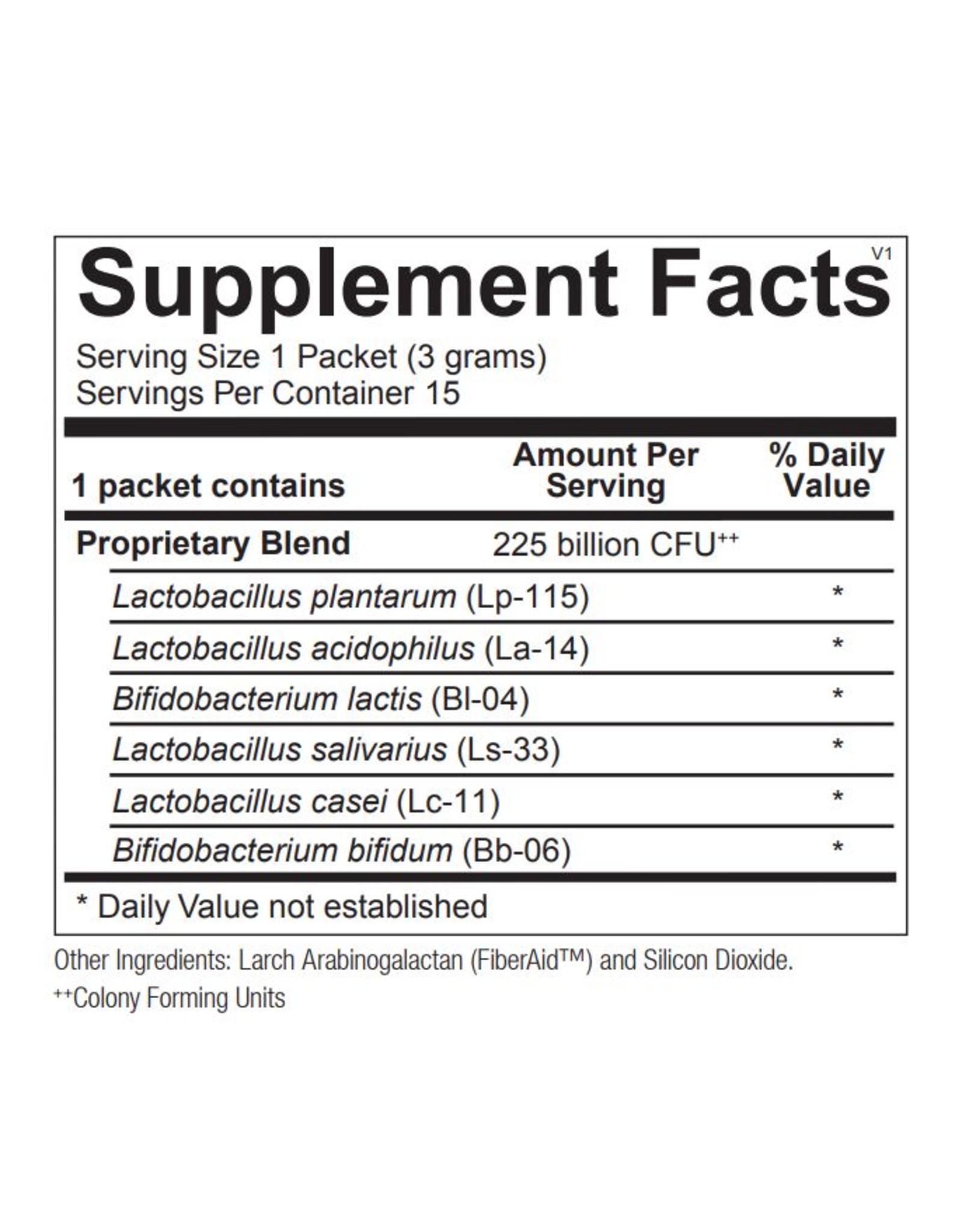 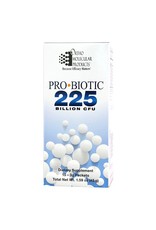 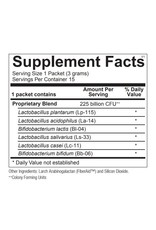 The GI tract is a finely balanced environment where roughly 500 different strains of bacteria compete for space and nutrients. When there is a healthy balance (eubiosis), few symptoms exist. However, dysbiosis can occur when an overabundance of potentially harmful organisms prevail. The natural microflora balance can become disrupted by medications (such as antibiotics, oral contraceptives, etc.), excessive alcohol consumption, or poor dietary intake.

Probiotics have been extensively studied and are characterized as having broad GI and immune benefits, including (1) increasing the population of healthy bacteria following microflora imbalance; (2) supporting healthy bowel function; (3) increasing the production of short-chain fatty acids, which provide energy to the cells of the intestinal lining; (4) strengthening the gut-immune barrier by promoting a healthy gut mucosa; (5) aiding in the digestion of difficult-to-breakdown compounds like lactose and casein; and (6) enhancing detoxification of harmful compounds.

Because probiotics are live organisms, there are many challenges associated with manufacturing and distributing probiotic supplements. For a probiotic to be effective, it must be shelf-stable through the expiration date and precisely delivered to the intestinal tract, where it can have maximum benefit. The microorganisms in Probiotic 225 are protected, sealed, and freeze dried away from moisture, heat, light and oxygen. This allows the bacteria to remain dormant until they are exposed to moisture in the GI tract.

Mix 1 packet into 8 oz of a cold beverage of your choice, or as recommended by your health care professional.

Lactobacillus acidophilus is a beneficial bacteria strain that is normally found in the intestinal tract and mouth, and is commercially used in dairy products for the production of acidophilus-type yogurt. L. acidophilus ferments various carbohydrates to produce lactic acid, which increases the absorption and bioavailability of minerals, including calcium, copper, magnesium and manganese. The production of lactic acid also promotes health by creating an inhospitable environment for invading microbes. L. acidophilus has been shown to protect intestinal cells by competing for adhesion space in the gut against harmful bacteria, such as E. coli. The L. acidophilus strain in Probiotic 225 has been specifically chosen because of its strong adherence and survival attributes in the GI tract. It has been demonstrated in vitro to tolerate exposure to gastric acid and bile salts, and has the ability to withstand antibiotics including Ciproflaxin, Polymyxin B and Tetracycline.

Lactobacillus plantarum is a beneficial bacteria commonly found in fermented foods including sauerkraut, pickles, brined olives and sourdough. L. plantarum has been found to compete against strains of Clostridium difficile and Clostridium perfringens, due to the production of bacteriocins (lethal proteins) that inhibit bacterial growth. Studies have demonstrated that L. plantarum helps boost the immune response by stimulating Th1-mediated immunity.

Bifidobacterium lactis is predominantly found in the colon. A double-blind, randomized placebo-controlled trial on subjects receiving B. lactis or placebo for eight weeks found that B. lactis supported a balanced immune response in individuals hypersensitive to environmental allergens. Studies examining immune development and dietary supplementation with B. lactis have shown that it supports GI health by reducing intestinal permeability.

Lactobacillus salivarius has been shown to produce bacteriocins which inhibit the growth of Helicobacter pylori. It can withstand high concentrations of acids allowing L. salivarius to adhere and survive in the stomach and bind to gastric epithelial cells, while producing high amounts of pathogen-inhibiting lactic acid.

Bifidobacterium bifidum has been shown to effectively compete with harmful bacteria such as E. coli, Staphyolococcus aureus andCamplylobacter jejuni suggesting that B. bifidum’s lactic acid and acetic acid production provides an antagonistic action against pathogens to help maintain microflora balance.

Larch arabinogalactan is a fermentable polysaccharide fiber from the Larch tree that enhances immunity by supporting the growth of beneficial gut microflora and strengthening the activity of NK cells.11 It has been found to minimize ammonia synthesis and absorption, enhance production of short-chain fatty acids and increase the population of beneficial gut microflora. In one placebo-controlled, double-blind, randomized trial, arabinogalactan was found to boost immune activity and support upper respiratory health.