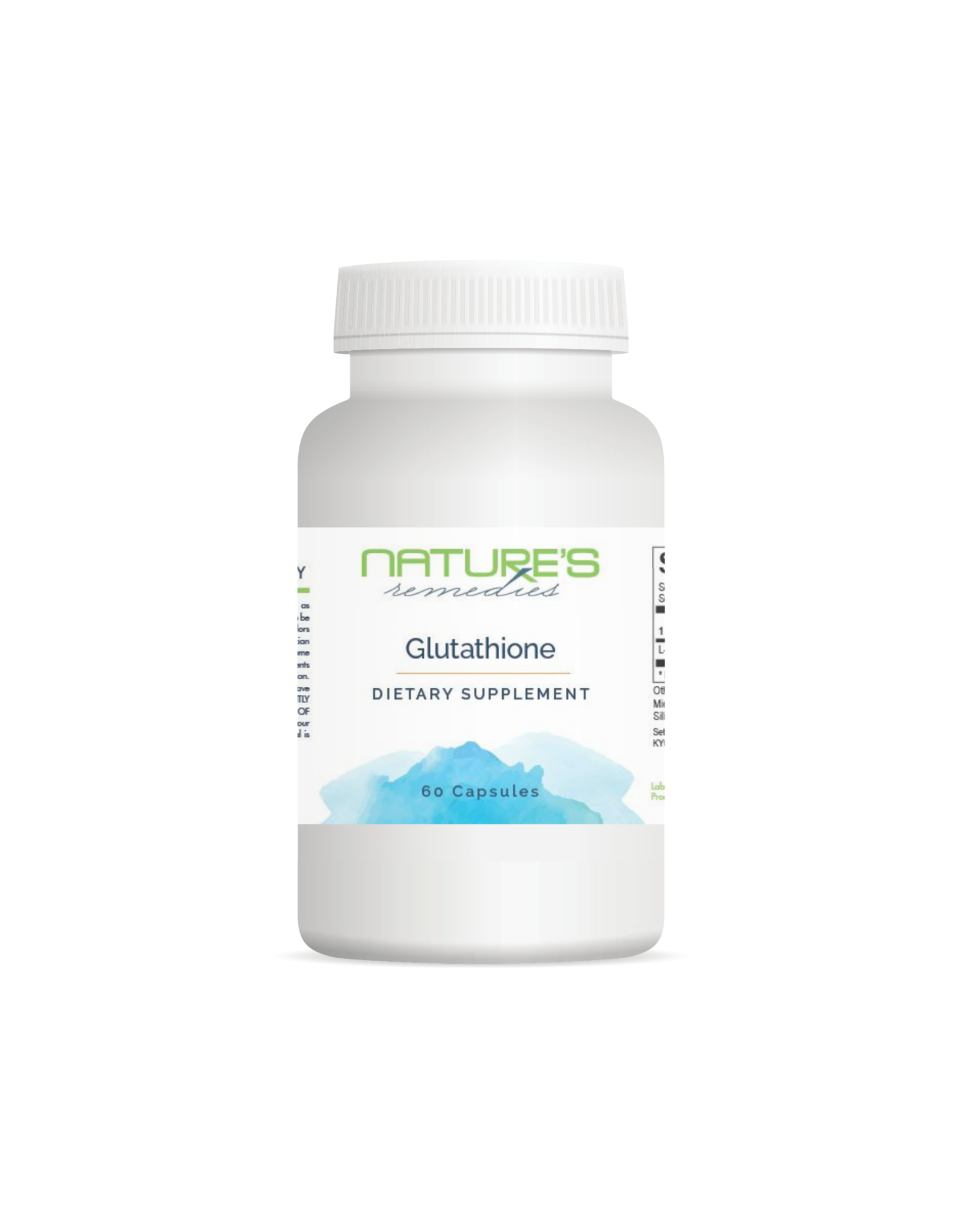 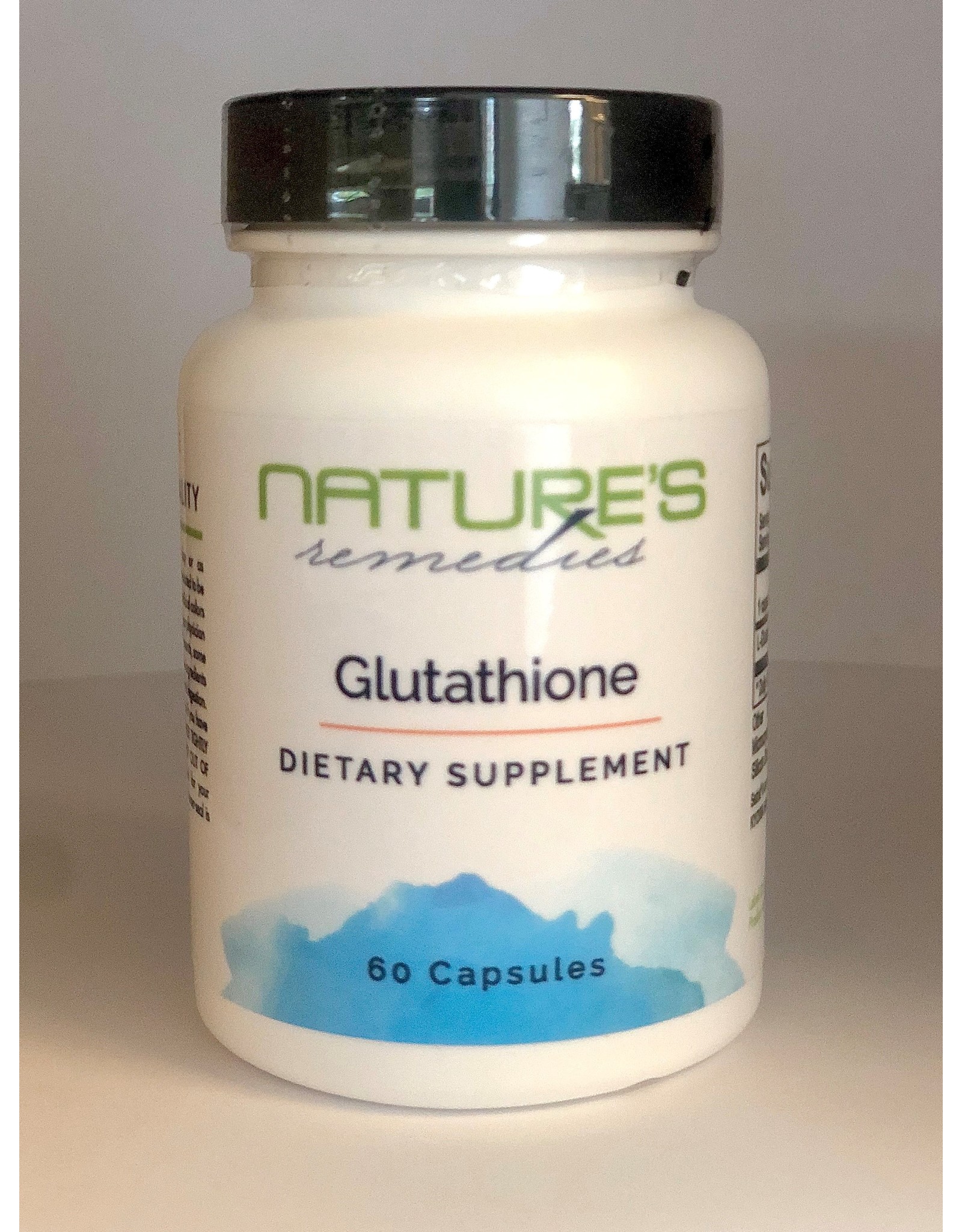 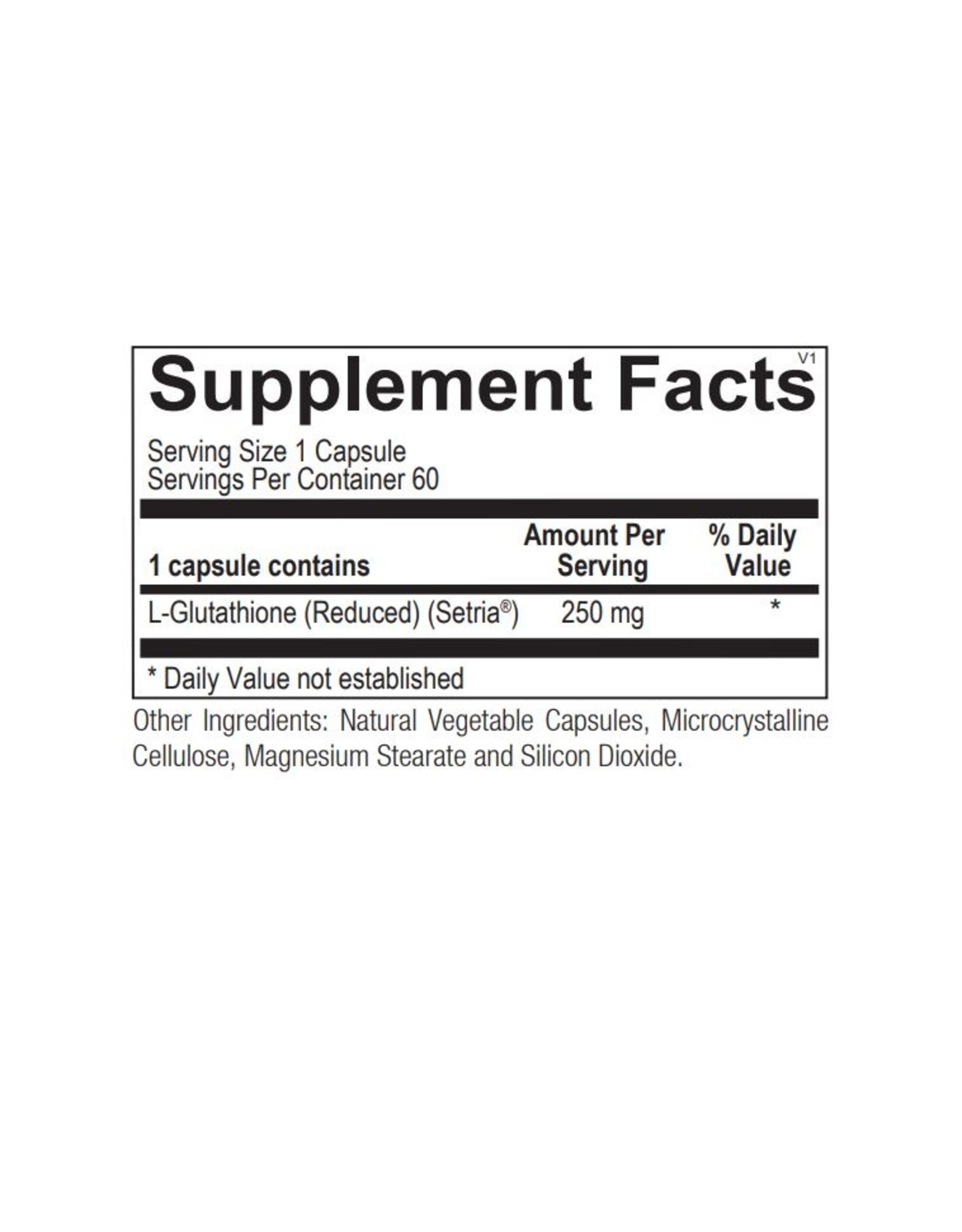 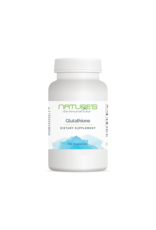 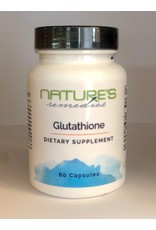 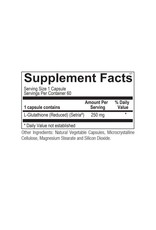 Glutathione is the master antioxidant in the body and is heavily concentrated in tissues such as the liver, spleen and heart. Therefore, it plays a crucial role in immune function, detoxification capacity and protection against oxidative stress. The L-Glutathione formulation is preformed, reduced glutathione (GSH) and provides a 250 mg dose in a one-capsule serving.

Modern lifestyle habits like poor dietary choices, lack of sleep, abundance of stress, exposure to chemicals, and exercise extremes can incur physiologic changes. Our bodies were designed to handle stress, detoxify chemicals and preserve cell function, but when the burden increases, those naturally built-in systems can’t keep up with demand. One of the most common physiological changes seen is the depletion of the body’s most powerful antioxidant, reduced glutathione. Glutathione has been termed “the master antioxidant” because of its ability to quench free radicals and protect cells from damage. It has long been thought that humans were unable to utilize preformed glutathione, but recent research proves otherwise. Setria®, a unique tri-peptide form of glutathione, has a molecular structure that effectively increases glutathione blood levels when taken orally. It is the only supplemental glutathione backed by a recently published human clinical trial that shows significant uptake of this critical nutrient.

1 capsule per day or as recommended by your healthcare professional.

Because of glutathione’s central role in detoxification, about 25% of all glutathione resides in the liver. Glutathione is more than simply an electron donor; glutathione plays an important role in protecting living cells from toxicity by detoxifying the reactive intermediates via enzymatic conjugation.

It is well known that the gastrointestinal cells, the mitochondria and the efficiency of immune cell function are three major factors in immune function. Glutathione happens to play a role in all three elements. When small intestinal mucosa atrophies, it causes an increase in epithelial permeability and compromised tight junctions, which can lead to translocation of bacteria. This translocation of bacteria is implicated in immune activation and autoimmunity. Studies have shown that this epithelial damage is in part due to the inability to mitigate reactive oxygen species (ROS). Supplementing with oral glutathione under conditions in which intracellular glutathione status is compromised can restore tissue glutathione and promote ROS metabolism, thereby mitigating tissue atrophy, according to a 2017 study published in the World Journal of Gastroenterology.